Early season races may be affected to help reduce the impact of the COVID-19 pandemic.
All race dates are to be confirmed and sanction is pending.  Some spring races moved to Fall.

CANCELLED 2021. OMCKRA's kick-off for the season; very technical downstream and back course; lots of twists and turns. Under two hours, then lunch; everybody wins a jar of jam. Expect cold water conditions; you should have moving water experience. Low water years use your toughest paddles and boats. Start and finish Pemberton Street Bridge Ingersoll, at Wilson Street. Park north side of the river. Take Hwy 19 exit from 401 and proceed north. Bear right at the Petro Canada Station. You will be on Harris Street, which becomes Pemberton Street.

CANCELLED 2021. Race dates to 1971 as a down-river whitewater course on Lower Jock River. Now on the Upper Jock it is far tamer; families and recreational paddlers friendly. Though the beautiful Richmond fen a highly significant Ontario wet land. Quite shallow with several swifts or Class I rapids towards the end, depending on the water level. Generally no portages however usually some constricted areas in the fen where canoe traffic bunches up. Current a factor the entire distance so end comes quickly but not too soon for some that are making it their season opener. 12km west of Richmond (20 minutes south west of Ottawa) at Munster Road bridge. Shuttle service back to the start line.

CANCELLED 2021. Postponed to spring of 2022. That Dam Hespeler race loops up and down from the Jacob's Landing side of the Hespeler Mill Pond upstream to the historic Black Bridge featuring the natural Speed River, twisting river sections with swifts, currents, shallows and buoy turns. No portage or white water. 5 km, 10 km, 15 km and 20 km races; suitable for beginners and experienced paddlers looking for distance and water current reading challenges.

CANCELLED 2021. Race recognized not sanctioned by OMCKRA.  7 km, 12 km and 15 km courses, for every level of paddler. Fund raiser for the Conservation Authority. Well attended with up to 80 canoes and kayaks participating. South of Alvinston and north of Bothwell, on the Mosside Line Road, 3km west of Nauvoo Road. Registration at start of course from 10 – 11 am. Start at 11:20 am.

CANCELLED 2021.  Established in 1969 it is the longest running race in Ontario.  Funds raised benefit the Scugog Shores Museums. Few kilometers on the Nonquon have many tight bends to practice your rudder turns; also some dead-end channels along the river section — when in doubt keep right!  No portages but you may have to push over one or two beaver dams. Individual start; 12 & 20 km races. 12 km river & 8 km sprint on shores of Lake Scugog. A well attended race with a long-standing history in the community. Marathon C1 and C2. Various Recreational boats; Canoe, SUP and Kayak.

CANCELLED 2021. North Canoes are 26 feet long and crewed by either six or eight paddlers. They are replicas of canoes used by the North West Company, transporting furs from the interior to rendezvous points such as Fort William. At Rendezvous, their cargoes of fur were transferred to Montreal Canoes, 34 feet long, for the 54-day shipment east to Montreal. The North Canoes in turn, would take the goods from the east to the interior for trade. Teams participate in games of skill — some traditional, some with a little more modern influence, and they race in North Canoes. 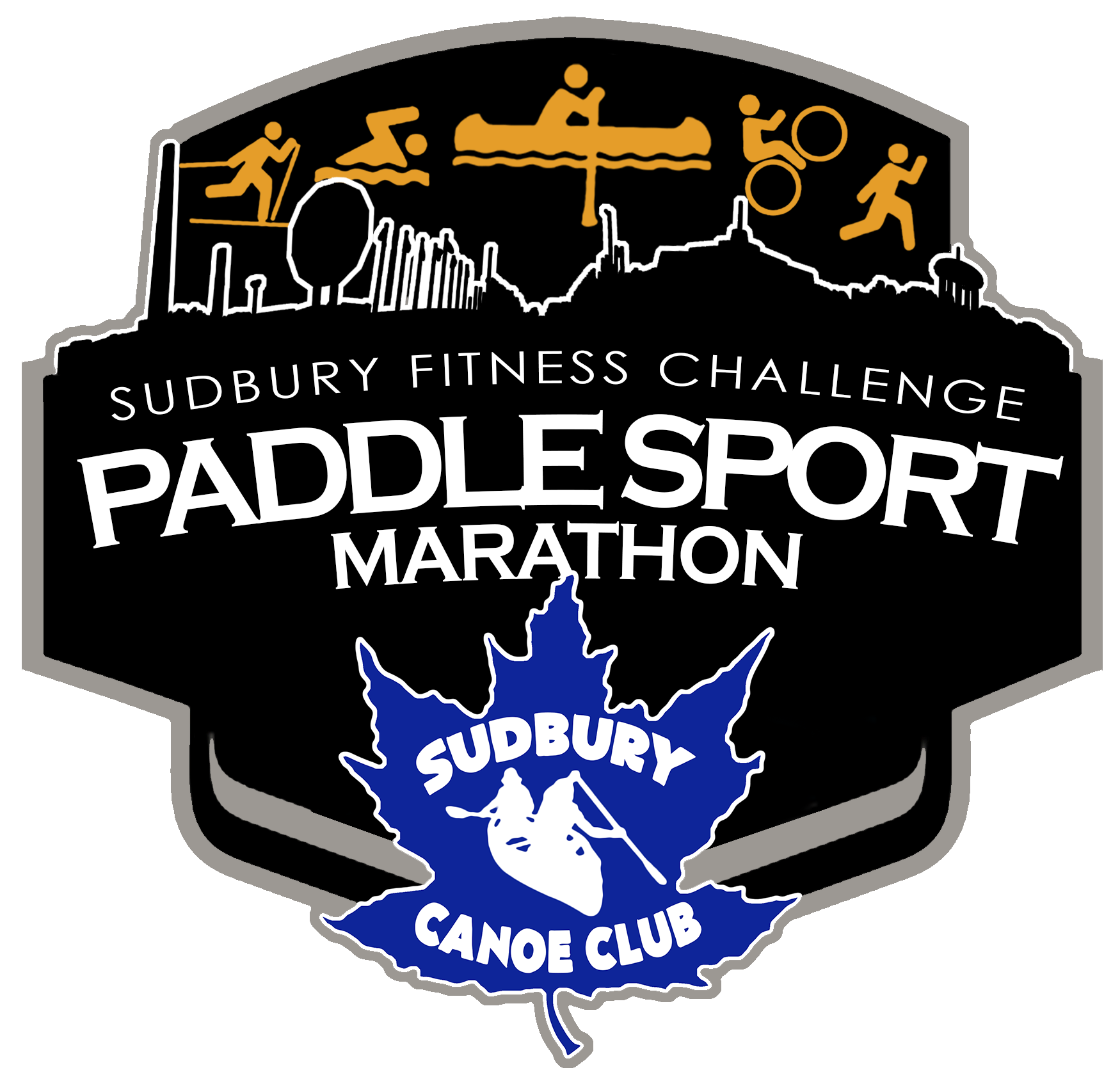 CANCELLED 2021 On beautiful Ramsey Lake as part of the Sudbury Fitness Challenge, the Sudbury Canoe Club is hosting its annual Marathon Canoe Race as one of the seven athletic events offered in the Sudbury area, promoting the value of an active and healthy lifestyle through physical activity.

CANCELLED 2021 Info to be provided.

CANCELLED 2021 The race is a marathon canoe race approximately 40 km in length. Manitoulin Brewing Company (MBC) and Killarney Mountain Lodge (KML) put together a video last October 2018 to unveil MBC’s new beer, Killarney Cream Ale  https://www.youtube.com/watch?v=PDQsE4r_YI4. The video concept was built around the delivery of the first keg of this signature Ale being made by 30 foot Voyageur Canoe from the Home of The MBC, Little Current, Manitoulin Island to the KML, in the Town of Killarney on the shore of Georgian bay. Once this epic Voyage was completed the owners of both companies said “We need to share this with others” and so “The Current to Killarney Canoe fest” was born.

CANCELLED 2021. The Mattawa River Race starts on Trout Lake in North Bay and continues down the Mattawa valley, ending at the town of Mattawa on the Ottawa River. The course features long lake crossings, multiple portages, dams and rapids as well as twisting river sections

The race is on the north branch of the canal that surrounds the well-known Holland Marsh. It is well suited to new and experienced paddlers. Qualifier for World Nationals to be held in Bascov, Romania Sept 30 to Oct 3, 2021.

CANCELLED 2021. The Upper Ottawa River Race and Paddle Festival is a three day event celebrating active outdoor lifestyles and the Ottawa River. The festival kicks off on Friday with kayak and SUP clinics, race registration and live entertainment on the beach by the bonfire. The events continue on Saturday with the Kayak Fishing Derby and a day of races on the river at Petawawa Point Beach (13km) in Petawawa and Riverside Park (4km & kids) in Pembroke. The festival wraps up on Sunday with Raise Your Paddle as well as the third annual Heritage Paddle. ... read more

CANCELLED 2021. Race of the Year 2008 and 2016. The race is on the north branch of the canal that surrounds the well-known Holland Marsh. It is well suited to new and experienced paddlers.

Held in picturesque Oakville at the Wai Nui club.  Consistent with outrigger culture, this is a Hawaiian-themed event. After the races lunch, awards and some very cool swag will follow at the Oakville Power Boat Club. Bring your own chairs - there is lots of space on the lawn. Wai Nui Why Not is the second of the four races in the Waterway Series. Fees include racing, lunch, awards and swag. Lunch only tickets are available.

The Kingston to Ottawa 200 (K2O) Paddling Race is an ultra endurance marathon paddling race through a UNESCO World Heritage site, the Rideau Canal waterway. Starting from Smith Falls and ending at the Rideau Canoe Club in Ottawa.

100 participant limit, no spectators. Additional restrictions related to pandemic at the race website. OMCKRA Race of the Year in 2018 and in 2020! Peterborough is the host for the Annual “Kawartha River Quest”, home of the Canadian Canoe Museum and the highest hydraulic lift lock in the world!!

Covering about 12 kilometers, this is primarily a fun event for local paddlers, as seen in this YouTube video: https://youtu.be/O0kSdKqS39U although serious competitors are more than welcome. 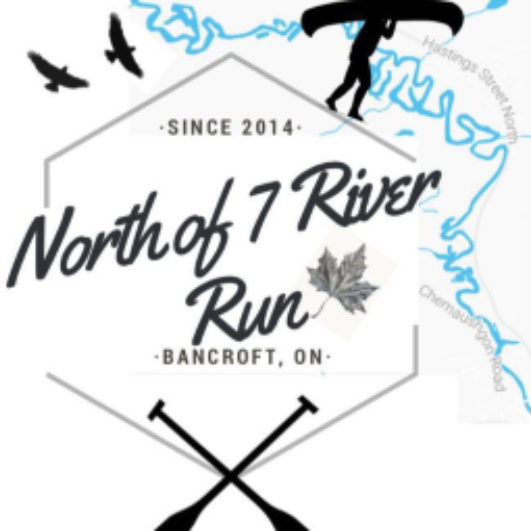 Rescheduled to September! North of 7 River Run is proud to host the C1 classes of the Marathon Paddle Racing Provincial Championships.  Courses run on the beautiful, deep, winding York River and on Baptiste Lake, ending by the Waddle & Daub Cafe in Riverside Park, downtown Bancroft. All funds raised go to help support the not for profit Bancroft Community Transits’ transportation for children and youth in the community and for employment and social programs that foster social inclusion.  For more on this worthy cause see: http://www.bancroftcommunitytransit.com/index.php/news-events..

Another race from our excellent race organizers, Mike and Rob of the MRX team! The ALGONQUIN OUTFITTERS’ HUNTSVILLE 110 will challenge you to circumnavigate Huntsville’s 110km four-lake system in the fastest possible time! With only one portage intersection, this course is all about digging deep through a mixture of open lakes and flat- water rivers. As you would expect from River X, your adventure will continue well past sunset; adding the technical element of night time navigation and orientation.

Three race lengths: 5, 10 and 20 kilometers. Kayaks, Canoes, SUPs in the morning. Big Canoes in the afternoon.  See the race website for detailed safety rules for this year.

Add your race to the Marathon series

Send in a Sanctioning Request Form for your  local race, or get help from OMCKRA to build a new race in your area.

Provincials, Nationals and other Championships

After three successful years in Ontario and cancelled in 2020 due to covid the Nationals will be hosted in Quebec a province that produces some of the best Marathon paddlers in the world.

One of the Triple Crown of Canoe Racing.
The General Clinton Canoe Regatta: staged Memorial Day on New York's Susquehanna River, a one-day, non-stop 70 mile race from Cooperstown to Bainbridge

One of the Triple Crown of Canoe Racing.
The Au Sable River Canoe Marathon: a non-stop race from Grayling to Oscoda on Michigan's Au Sable River  the last weekend of July.